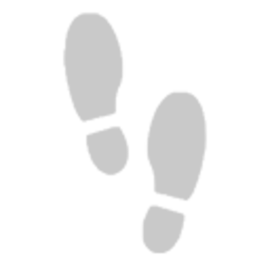 A brief history of heels


Shoes with heels make us feel more feminine, attractive. They add us a few centimeters of height, but also self-confidence and sex appeal. Our legs become longer and the silhouette slimmer. Today they are associated with the attribute of femininity, but have they always been such?

Shoes with heels make us feel more feminine, attractive. They add us a few inches of height, but also self-confidence and sex appeal. Our legs become longer and the silhouette itself slimmer. Today, they are associated with the attribute of femininity, but have they always been such?

We have lived without heels for thousands of years. The shoes of the ancient Greeks and Romans are nothing more than a flat leather sole, which was supported on the feet thanks to the ankles thronging around the ankles. High heels and wedges were worn only by actors, so that viewers in amphitheatres could see them better. In the Middle Ages, in turn, clogs were put on thick, quite high heels, which were attached to the foot with a thick leather belt. Such shoes were worn by both women and men. However, they had nothing to do with elegance, their task was to protect the robes from mud.
A heel similar to the one we know today appeared only in the sixteenth century, and all because of the shoes of the Venetians. These were also invented for protection. Ladies going to the city, flooded by the lagoon, had to protect their feet and silk dresses. Their high-heeled clogs called chopins were supported on a post approximately halfway down the foot. The posts were very high, sometimes even 75 cm high.

In the 17th century, the heel became an everyday reality ... for men. It turned out that heels are perfect for horse riding, especially in battle, because they perfectly blocked the rider's foot. Thanks to this, he probably stood in stirrups and could attack the enemy.
Unfortunately, the heel had to suspend his career during the Great Revolution. He was an attribute of aristocrats, so wearing high heels could end up being hit by a guillotine. Therefore, he disappeared from the history of fashion in France and later throughout Europe.

At the end of the 19th century, heels were already close to their final form. They went to the edge of the shoe, under the heel, and the arch support was supported on the wooden or metal part of the sole. In turn, at the beginning of the 20th century, heels finally became an attribute of women.